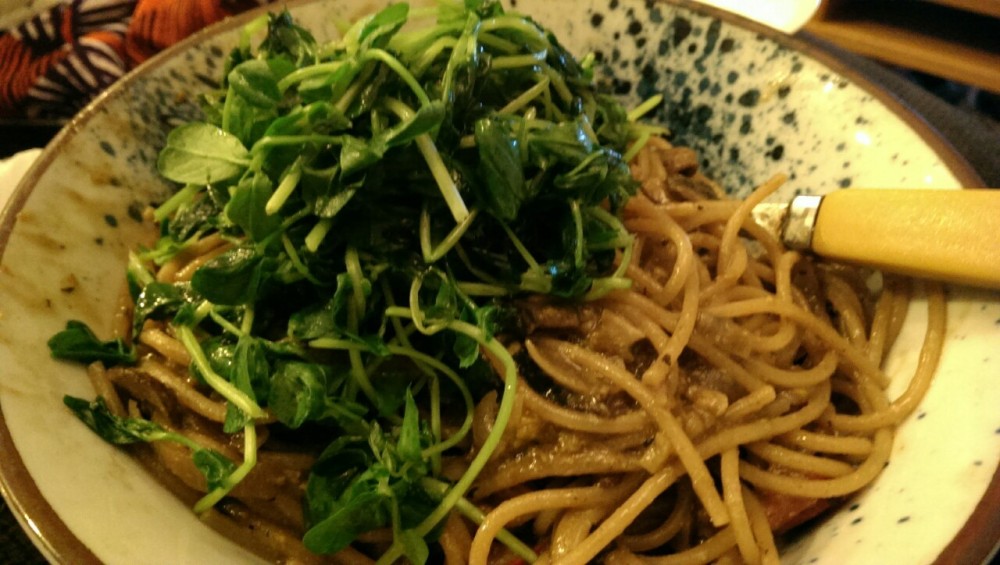 Also threw a half pound bag of pea shoots in a pan with a little oil and a tiny bit of leftover pasta cooking water ‘til they got wilted.

This was actually pretty tasty, despite some questionable stages during the saucing process.

This site uses Akismet to reduce spam. Learn how your comment data is processed.